Parker was a Seneca attorney, engineer and tribal diplomat. He was commissioned a lieutenant colonel during the American Civil War, when he served as adjutant to General Ulysses S. Grant. He wrote the final draft of the Confederate surrender terms at Appomattox. Later in his career, Parker rose to the rank of Brevet Brigadier General, one of only two Native Americans to earn a general’s rank during the war. President Grant appointed him as Commissioner of Indian Affairs, the first Native American to hold that post. He died August 31, 1895. 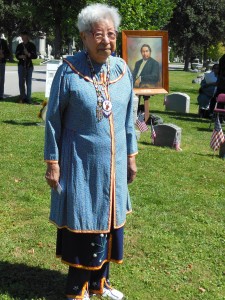